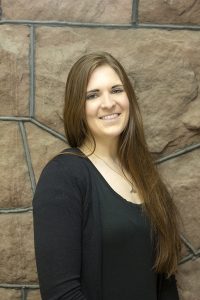 A native of Ashland, WI, Amanda Whiting graduated from Michigan Technological University in 2014 with a Bachelor’s degree in Exercise Science. She was also a part of MTU’s division-2 soccer team during her time there. Amanda earned a Doctor of Physical Therapy degree in 2017 from Concordia University, St. Paul.  While doing her internship at Wilsons it was discovered she had an interest in Pediatrics and Pelvic Health. Amanda was asked if she would like to come home and specializes in those areas. Once she said yes, she continued with her education beyond her doctoral degree to specialize in pediatrics and pelvic health, but serves all populations. She is proud to be given the opportunity to serve the community she grew up in. When not working, she enjoys spending time with her family, being outdoors, going to the lake, and raising two of her own: a puppy named Dakota and a kitten named Wilkin.